Anger in Loss: The Storm Within

HopeNetwork > Blog > Anger > Anger in Loss: The Storm Within 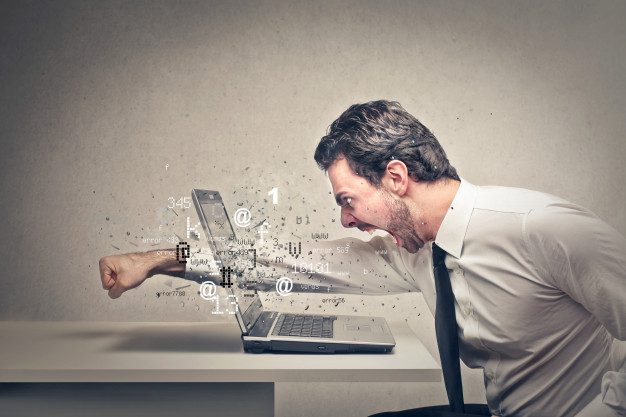 There is an array of emotions that one goes through during grief. One of them is anger. Loss of a significant person might make one feel responsible for their death. This is when anger towards your own self seeps in. I used to feel angry for not being able to stop what happened…for not being at their place.

There is an array of emotions that one goes through during grief. One of them is anger.

Anger is a natural, common and basic human emotion. It is considered healthy as well as unhealthy. One of the flip-side of “anger”, is that it can be disturbing, self-destructive and environmentally unfriendly.

There were a lot of things that made me angry when I lost someone. During that time, I could sense anger towards-

Loss of a significant person might make one feel responsible for their death. This is when anger towards your own self seeps in. I used to feel angry for not being able to stop what happened…for not being at their place. There was a sudden loss of control on myself and my life, making me feel powerless. Sometimes I also felt angry, when I could not stand as a strong person, and could see people taking advantage of that. It also seems that not being able to deliver my best to relationships around, added more to the load of my anger bag. But often I found myself in a place where I realized that this anger is pointless and the only person its harming is me.

There were times, when I was upset with the deceased. There were sudden urges to fight with him for not taking me along, questioning as to why did he leave me behind?! One might feel cheated and so you might end up arguing in your mind with the departed, about leaving you alone to fight the indefinite infrequent times of pain. One might also try to bargain or make useless exchange deals for something that has already taken place. When the anger subsides, and the logic sets in, one might realize that it was never an option for the deceased too, and if they were given a chance, they would have never wanted to leave you.

Then there is anger towards people. The yelling, arguing, irritability, hurtful words and distancing yourself can’t go unnoticed. This might either be because you feel that they can’t understand you or you might feel they are being insensitive sometimes, or they may fail to reciprocate as per your needs (which can possibly swing between poles, I mean be unstable), or for being oversensitive, and providing you with a long list of how to live your life, or for criticizing you for moving on so early or for not moving on.

When all this anger is not enough, there is still place for anger towards the almighty. Now the anger towards God, depends on the belief you hold about him. Pain made me question his existence. Are our lives already pre-designed before we take birth? Are we just puppets? Anger towards the invisible, often might leave your questions unanswered. But they say, time answers all questions and grudges. So the only option we have is to wait for time to satiate the quest.

But there were times when I felt tired of carrying this heavily loaded anger bag. These were the times when I just disposed the bag outside my space. It made me feel relieved, happy and free. There is immense peace in clearing your negative anger misconceptions and getting rid of them. And so there will be times, when you might get tired too. Please don’t deliberately stop yourself from putting it aside, and walking freely.

Express in any way you can…and your pain of anger might get a proper channel for release. Believe me, constructively expressed anger leaves no mark. It might take you a step closer to relief for day/s to go.

There are going to be moments when you are seated on a roller coaster of emotions, with fastened seat belts and anticipated or unanticipated bombardment of feelings. I feel that during those times, the only power you have is to accept and embrace those emotions. So let’s make plans every day, every hour to embrace them and find our own constructive tracks or invent our own brakes or bumpers to stop our ride from sinking!