When too much love can hurt: Munchausen syndrome by Proxy

HopeNetwork > Blog > Child abuse counselling > When too much love can hurt: Munchausen syndrome by Proxy 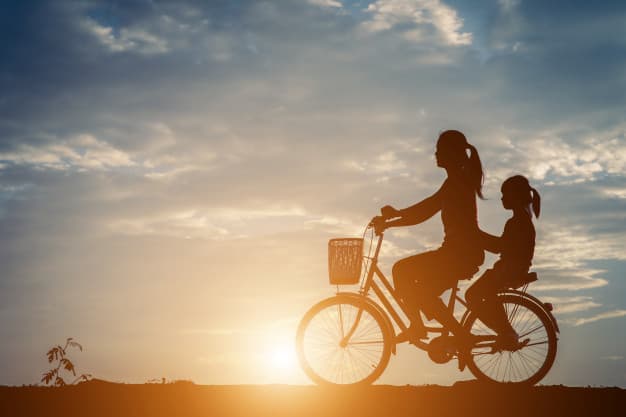 Since Roos (pronounced Rose) was a little girl her mother was telling her that she was going to die young. She suffered from a terrible disease, an immunodeficiency which was causing her to be sick all the time. Because she was very fragile Roos could not go to school every day; she was visiting the doctor very often instead.

Roos: “We went more and more often to the doctor and the hospital. I hated it! Every time all those grown-ups in white coats, with their hands all over you and often hurting you. (…) It hurts so much. I keep crying. Mommy keeps reading”

And the mother was longing for the trips to the doctor. She loved it when the doctor was examining the daughter. It made her feel important. It felt good to talk to people who understood her. It felt good to have people’s attention.

Mother “I was called in. The whole visit went as I had imagined. The doctor talked to me as equal about the need to inoculate babies. It was fantastic…that is, until the injection (…) the child started to cry. It was very upset and did not stop screaming (…) what an ugly little monster”

If the mother’s requests for throughout examinations were not satisfied she would go from doctor to doctor until she found the one who finally would show understanding for her concerns. A doctor who would appreciate her devotion to the sick child and who would comply with her demands for endless examinations.

Roos was raised as a child who did not have a future. Her mother had turned her life into a dramatic play in which she, the mother, was the main character. She was the devoted mother. She was the hero “I am the reason you are alive”, was mother reminding Roos time and time again.

Roos was very loyal to the mother and thought to be a good girl. At a very young age she was learning very difficult words so that she could tell the doctor where she had pain.

And yet one day Roos could not understand what she had done wrong “Other children behave well at the doctor’s mommy said (…) I should have shown the doctor where it hurts. But daddy always says I mustn’t tell lies. I didn’t know what to do”.

Obviously Roos had not done a good job during the doctor’s visit, and her mother was really angry this time “The doctor asks questions and the children point to where it hurts, next time you must point where it hurts. Only veeeeeeery stupid girls can’t tell the doctor where it hurts”.

Roos is in pain, her tummy and leg hurt. When the father comes back home Roos is lying in her parent’s bed

“Mommy has carefully put you into our bed. You fell against the stove, remember?”

“I did not fall! Mummy pushed me against it!”

“Why on earth would your mother do that? Daddy doesn’t want to be angry with you while you are very ill, but you must never say things like that. Mommy loves you very much, and mommies don’t do things like that”.

What is Munchausen syndrome by proxy?

Munchausen syndrome by proxy (MSbP or MBP) is a severe form of child abuse (also called Medical Child Abuse MCA) where a caregiver, most of the time the mother (95% of the cases; in minor percentage the perpetrator is the father or other relatives/caretakers including nurses) deliberately fabricates, exaggerates, induces symptoms or causes actual harm to their child.

Abuse of the child starts early in life. Children can be as young as a few months old and abuse can continue well into adolescence. What is typical of this form of child abuse is that the child presents signs and symptoms that cannot be detected to the medical observer and therefore are both possible and hard to disprove like stomach upset, fever, diarrhea, trouble breathing and sleeping. Other examples of fabricated or induced illness are failure to thrive, allergies, asthma, seizures, poisoning and infections. We have to do with a child who is always sick and who does not respond to traditional medical treatment; or in case of hospitalization when discharge is approaching his/her conditions deteriorate inexplicably. Remarkably, the child’s conditions improve when he/she is not with the perpetrator.

Because it is against Mother Nature what a Munchausen by proxy mother is capable to do to her child this form of child abuse is surrounded by skepticism, disbelief and dismay. MBP perpetrators are manipulative, highly convincing and charming. They come across to the public and medical personnel as very attentive, devoted and caring mothers

who are concerned about their child’s well-being. However, they have long histories of deceptions.

Their medical knowledge is remarkable and “they love the hospital environment”. Also, they show a notable interest for other patients and become the source of comfort for their families, whereas they are cold and not moved by their own child’s pain and/or discomfort during medical examinations or procedures. A physician’s suspicion or unwillingness to continue examinations may provoke the mother’s violent lash out and encourage her to bring the child to another doctor or facility (“doctor shopping”).

An absent and disengaged father

The father plays a passive role by being frequently absent from home and rarely visiting the hospitalized child. Even if not actively involved in the abuse, they won’t do anything to stop it because they will heatedly deny the possibility of abuse, even in the face of overwhelming evidence or their child’s plea for help “why on earth would your mother do that? Mommy loves you very much, and mommies don’t do things like that”.

Well-intentioned health care providers are deceived by the mothers into performing painful and unnecessary medical procedures on the child. Some children have undergone as many as 100 operations to treat nonexistent conditions, including invasive procedures such as feeding tube placement, insertion of a central catheter, orthopedic procedures, and skin biopsy and ear surgery.

“Doctors keep on operating on children and most of the time for nothing –says Roos- “My mum was on that regard not that vicious but you have these women who tell the doctor that their child has a lot of pain there and then –like my mum did, I had to lie to the doctors- and so the child says “I am in a lot of pain, I have pain” and they take out the appendix. And that happens a lot because the appendix is something you can easily do without, but still it’s an operation so the mum does not take too much risk”.

MBP perpetrators are compelled to interact with health care providers

They are addicted to the attention that they receive from medical personnel by having a child with health problems. They will do whatever it takes to satisfy their need for positive attention. They will fabricate symptoms, manipulate laboratory tests, withhold medications and even purposefully harm the child like by poisoning, suffocation and infection.

What distinguishes MBP from other forms of child abuse is the degree of premeditation involved and the execution in cold blood of the harm to the child as opposed to reactive lashing out in response to some child’s behavior.

When Roos found out as an adult –she was forty- that she had never been sick, that her life had been a big lie, that her own mother – the very person who should protect you and make sure you are safe- had been lying to her all the time, her entire world collapsed “I’ve got two letters from doctors corresponding to each other and what one said is “This child is not sick at all. She’s not going to die. We never said that to the mom”. Roos went through a range of different emotions, disbelief, betrayal, anger. And all the while asking “Why?” “Why did she do that?” “Why did she do that to her own child?”

Motivation of the perpetrators: it’s all about me!

The perpetrator has an insatiable need for social and emotional recognition and gratification that must be fulfilled regardless of the harm to the child. If during pregnancy the mother could be at the center of attention, with the birth of the child the attention shifts to the well-being of the child. From the moment the child comes into this world the mother becomes the guardian of the sick child’s health. By playing the role of the loving mother, she can get the attention and the sympathy that she felt she had lost when the child was born.

MBP causes enduring physical and emotional damage on the survivors

Roos says “With me only my future was taken away because I was only dying, that’s just dying, I did not have a future, but there are children and adults still in wheelchairs”

“Victims who have now children of their own are very insecure. It’s very hard for them to judge when they have to go to the doctor. Either they think I look like my mum, like a MBP perpetrator; or I go too late and then people think I am a neglecting mother. They have the feeling that they can never be a good mom because either way they will do it wrong. In a way MBP never leaves you…”

Roos Boum is a survivor of a Munchausen by proxy mother and author of the biography False Jasmine. A youth ripped apart. The quotations in this article are from her book. The knowledge about Munchausen by proxy is scarce and Roos advocates activities to educate people with the aim to spread the knowledge about this form of child abuse and to raise awareness on the importance of intervening to protect the child if something is quite not right because